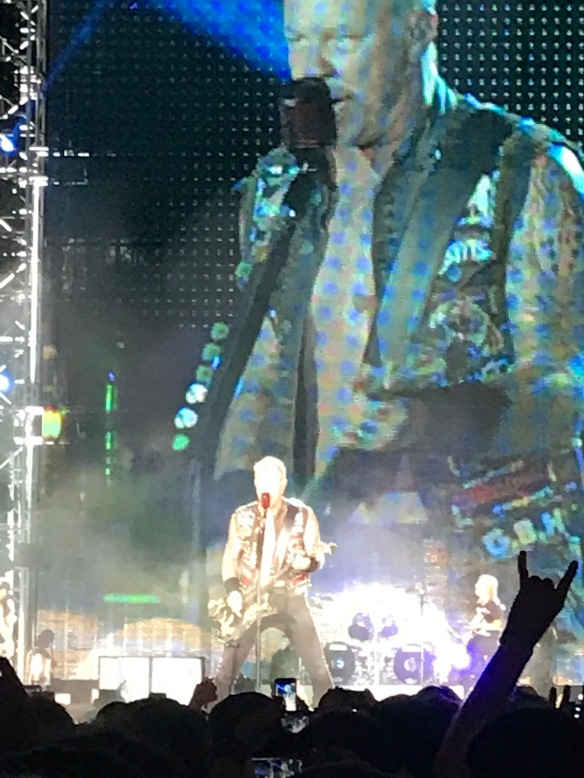 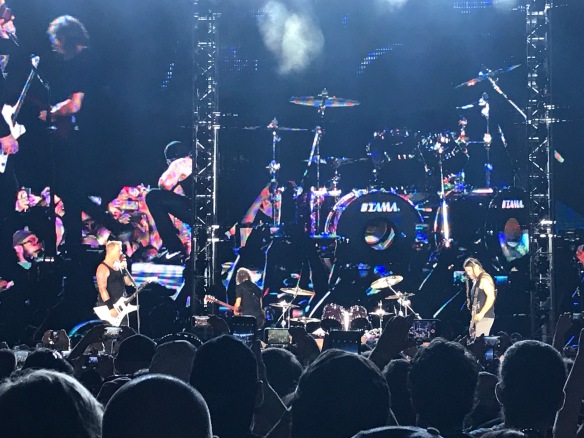 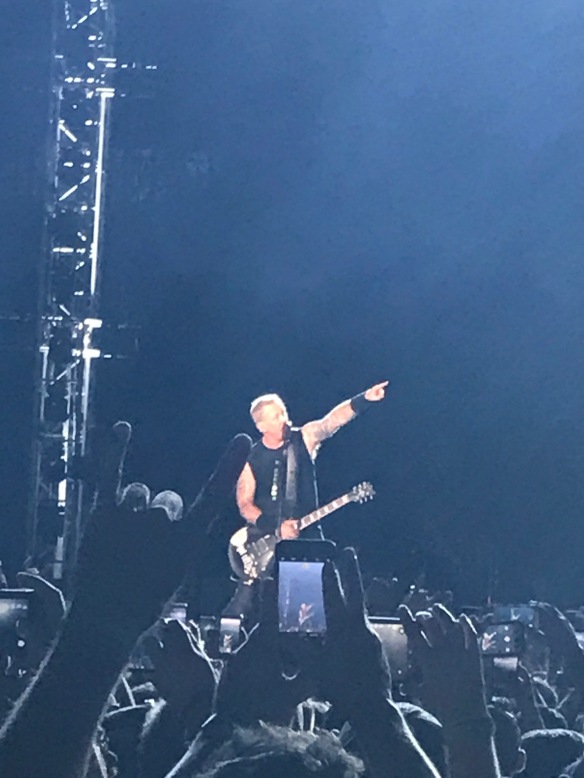 Somehow my husband and I have never seen Metallica.  It’s kinda hard to believe since they are B’s favorite band and I’ve also wanted to see them since the nineties.  It was a long wait but it was worth it.  What a great show!

The crowd was good too. Sometimes that can ruin a whole show but everyone was so excited to see them that the camaraderie was high.  The band even seemed impressed by the crowd and stayed around after the show and shook hands and threw guitar picks out by the handfuls.

The merch line at this show was like I’d never seen before.  I was astounded at the people waiting for over an hour just to buy a t-shirt.  I mean their shirts, by far, have always been legendary, but this was crazy.  They also had pop-up stores around town 2 days before the show and still the lines were around the park!

There aren’t very many great Rock bands out here now though.  I miss the heavy guitars, the screaming and pyrotechnics.  Metallica, of course, way more than delivered on all.  The light show, the fireworks and fire, fire! were fucking awesome!  If they are coming to your town you definitely shouldn’t miss out!!

Lush (We missed because of Atlanta traffic.)

The Jesus and Mary Chain

I went to this concert with my friend, little brother, his friend and his friend’s Dad, (I wasn’t allowed to drive in the city yet).  I remember I couldn’t believe my parents were letting me go!  It was so hard to believe I was going to attend something sooo cool.  That was right when Pearl Jam’s Ten had just started getting plays on the radio and Ministry was the scariest, coolest thing I’d ever heard.  During Ministry this little skinny guy, who looking back was probably on some crack or something, kept pushing each of us down the hill, only to run down and pick us back up and carry us to the top of the hill so he could throw us back down it.  It was AWESOME and I was hooked to live music from that point on.